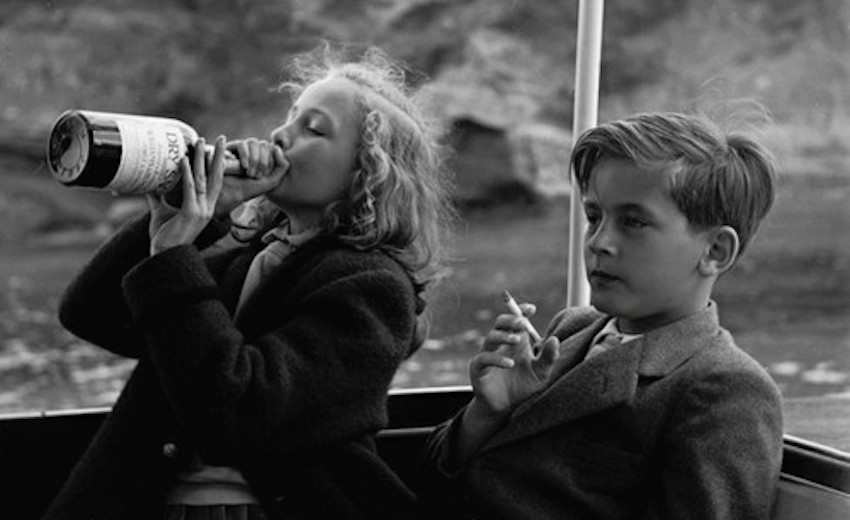 In 2008, the year I graduated from Yale, April 20 fell on a Sunday. That was a problem for the Party of the Right. We had intended to hold our protest against the drug war on April 20, the traditional day, but cross-scheduling our rally with Sunday church services would have cut our turnout in half. (If you don’t know the significance of the number 4/20 to the war on drugs, ask one in five American teenagers.) After some debate, the libertarians caved to the traditionalists and rescheduled Yale Conservatives Against the Drug War (aka “Tweed for Weed”) for the following Saturday.

Moving the date of the protest paid off. Even the more right-wing Christians who weren’t exactly for weed showed up with signs that said THE DRUG WAR BREAKS UP FAMILIES. The rest of the Christians got the signs the libertarians had made for them: I COULDN’T PROTEST THE DRUG WAR ON 4/20 BECAUSE I WAS IN CHURCH.

It’s amazing in retrospect that the Party of the Right could be so ecumenical, given that we were split almost evenly between two ideological factions that should have been at each other’s throats. At one extreme were the anarcho-capitalists, whose ringleader was a Dumpster-diving mountain man from Idaho who spent his gap year teaching English in a Chinese whorehouse. (Fluent girls get better rates.) I shared an apartment with a couple of them the summer after graduation, and I can’t remember them ever toasting anything but “Smash the state!”

That same summer bred an interfactional romance not involving me, which led to the following exchange between my female housemate and her Glee Club director:

“The chip in my passport doesn’t work. Will that be a problem when we go to South America?”

“My anarchist ex-boyfriend microwaved it to free me from the state.”

Opposite the libertarians was a merry band of pre–Vatican II Catholics whose record at winning converts for Mother Church was so consistent that the POR soon got a not-entirely-flattering reputation for being a “Catholic factory.” I was one of these, and a religious studies major on top of that, although I can’t say I ever captured any heathen scalps myself. I watched most of the theological drama from the sidelines, occasionally laying bets on which souls would flip. On one particularly good Easter, I won two bottles of gin, but I felt so crass for gambling bottles of liquor on my friends’ salvation that I immediately invited over my newly minted coreligionists and the two losing bettors to split the winnings. At least once a month, someone from the Catholic faction would drink too much on Saturday night and oversleep the last mass of the day at five p.m.

When I wonder how we managed to have such party solidarity despite everyone’s ideological differences, I suppose that it was partly because our libertarians tended to be Southerners and Westerners who cared as much about manliness and personal honor as our traditionalists, and partly because our Catholics were more dissipated than our anarchists. I’m sure that the foxhole mentality of being conservatives on an Ivy League campus helped. But I think the glue that really held us together was the fact that, conservative or libertarian, we all smoked like busted tailpipes.

Fusionism was the theory. When I let two libertarians use the cover page of my Bible to roll some fine loose Turkish tobacco when they’d run out of papers, that was the practice.

It wasn’t just that nothing breeds mutual affection like huddling under a shop overhang in a New Haven sleet storm because Anna Liffey’s won’t let you smoke inside anymore. We smoked on principle. It was reactionary, libertarian, spiritual, and aesthetic all at the same time. Cigarettes Are Sublime, Richard Klein’s tribute to nicotine, was our Bible, because it had sentences like this: “When the religious dignity of smoking is completely obscured, we have lost a right to pray in public.”

That our tobacco habit had something to do with freedom should be obvious. We were lucky enough to have one bar nearby that still allowed smoking inside—the Owl Shop, a cigar bar—but the cheaper places hounded us out into the New Haven cold, in accordance with Connecticut law. During my four years at Yale, it seemed like every other week brought news of another city banning smoking in bars, which we took as proof of an incipient police state.

But it was never simply a matter of personal liberty, which, after all, wasn’t something the traditionalists always cared about. Most of us were in favor of banning prostitution, for instance, in spite of the libertarian mountain man’s assurances that all the prostitutes he’d met in China were the salt of the earth. Smoking bans bothered us because they gave the modern cult of health the force of law, which was more than we thought it deserved. The little joys of cigarette smoking—a moment of late-night camaraderie, an excuse to talk to an attractive stranger, just the right prop for an emphatic gesture, or simply a moment of relaxation at the end of a long day—these were all more important to us than health. There was something unappealingly technocratic about the state’s attempt to boil the argument down to heart-disease rates. Unlike the libertarians, we thought smokers should have to make a convincing case that the benefits of smoking in bars outweigh the costs. Unlike the Left, we thought unquantifiables like the way good bourbon mixes with a Marlboro should count . . .

To read the rest of this essay, purchase the book in which it first appeared, Proud to Be Right: Voices of the Next Conservative Generation (HarperCollins, 274 pp., $15.99).