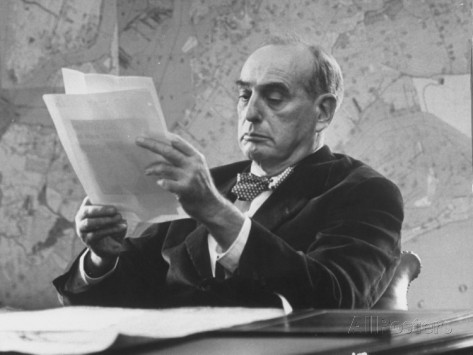 Originally published in the 16 August 2010 issue of the Weekly Standard.

A picture has emerged in the popular imagination of Robert Moses: the ruthless steamroller of adorable neighborhoods, the apostle of high modernism whose arrogance blinded him to the commonsense concerns of little people like Jane Jacobs.

In reality, Moses was a pragmatist with a combative streak who mastered the thousand working parts of New York city government, a competence that made him seem like a tyrant only because so few have ever managed it. If he had been Irish and rotund, maybe history would have called him a “boss” and found him charming. He didn’t have much time for the Village Neighborhood Committee to Preserve the Clock on Jefferson Market Courthouse, but he was just as impatient with utopian master planners. Neither type was practical enough for him.

Still, in every book that gets written about urban planning in postwar New York, Moses and Le Corbusier get fitted for the same black hat: men with grand visions who were more than willing to trample any petition-circulating housewife who got in the way. Samuel Zipp’s new study is very much in this genre, and very much suffers from the genre’s primary failing; namely, that he never quite puts his finger on what, precisely, was the problem with Moses. In the end, Zipp comes across like the man who gives self-contradictory excuses for returning your tea kettle to you broken: “It’s not chipped at all, and besides, it was like that when you lent it to me.”

First things first. As far as the basic goals of slum clearance and housing construction were concerned, the picketers and planners were basically on the same page. Most tenants’ committees, such as the United Tenants League and its various local branches, objected not to the fact of tenant relocation but to the manner; they wanted slum clearance slowed, not halted. Many lower-class leaders thought that the problem with government-sponsored housing was that there wasn’t enough of it. Vito Marcantonio, the socialist congressman from Spanish Harlem, railed against those who were building “housing with an eyedropper”—presumably he understood that construction always displaces somebody. Robert Moses believed that urban rebuilding should be “orderly, gradual, and conservative instead of devastating,” but his caution didn’t win him any favors because it never seems gradual when it’s your house. But who is the narrow-minded one in that story, Moses or the man who can’t see past his own front stoop?

Lack of community involvement often comes up as a specific objection to the Slum Clearance Committee’s methods, but it is never made clear what sort of community involvement would have sufficed. Zipp quotes the sociologist Patricia Cayo-Sexton, who wrote in 1965 that real urban renewal in East Harlem would mean “a community where the people who have to live in a building have had some say about the building’s plan, and a chance to put their own personal mark on it.” Never mind that New York is full of highly desirable neighborhoods whose occupants had no part in their design. What sort of “say” did Cayo-Sexton have in mind? What sort of “personal mark”? She does not say, and I cannot imagine.

As for the objection that Moses was altogether too “top-down,” that’s not quite right, either. There certainly were starry-eyed planners who ran around being indifferent to delicate neighborhood microcosms in the heyday of urban renewal, but Moses wasn’t one of them. He worked with Le Corbusier, the superlative of that type, on the construction of the United Nations headquarters in midtown Manhattan, and he didn’t much care for him. Corbu wanted to steamroll swaths of Manhattan in order to build something more Radiant-with-a-capital-R.

“I referred to opposition and cost,” Moses wrote in his autobiography. In response, Corbu “shouted, ‘Bah, money,’ and in high dudgeon quit the meeting.” In his theoretical writings Moses wrote with contempt of planners who “condemn these uncooperative families to hell and imply that they could be transplanted painlessly to New Delhi, Canberra, Brasilia, and Utopia. We do not smoke such opium. . . . If a family likes present city life, should it be forced to live according to avant-garde architectural formulas?”

The misguided policy of decentralization, which effectively banned manufacturing from Manhattan by means of zoning, was the doing of Moses’s successors on the Housing and Redevelopment Board, not Moses himself. He was explicitly opposed to any “abandonment of the older cities, the creation of satellite towns, decentralization by whatever name.” And to the extent that enthusiasm for highbrow, nonobjective art was a characteristic fault of modernist planners, with their wretched stabiles and mobiles, Moses can’t be tarred with that brush, either. His opinion of “Orpheus and Eurydice,” the Philharmonic’s abstract adornment at Lincoln Center, was skeptical: “Which is Orpheus and which Eurydice? On the other hand, I sure recognize the hell of it.”

Zipp is on firmer ground when he argues that public housing, as built, was impersonal, boxlike, and sterile, but even these objections have been overstated since a great deal of it can be chalked up to bohemian distaste for predictability. Leslie Fiedler wept over “the visible manifestation of the Stalinized petty-bourgeois mind: rigid, conventional, hopelessly self-righteous.” Zipp cites Fiedler; those of us who find nothing inherently offensive about middle-class tastes should ignore him. And keep in mind that the left’s expectations for public housing were always much too optimistic. They expected these rebuilt neighborhoods to yield “a city without slums, where the only difference between the houses of the very rich and the very poor would be the number and size and furnishing of the rooms they live in,” in the words of the New York City Planning Commission’s official report of 1940. Say what you like about Robert Moses, but at least he never bought into anything so transparently unrealistic.

Perhaps the reformers were simply frustrated that Moses had robbed them of an issue. “In the ‘good old days,’” writes social worker Ellen Lurie, “we always knew exactly what to do: press for better housing.” Poverty turned out to be more complicated than that. But at least the poor no longer lived in firetraps or in damp and overcrowded rookeries where tuberculosis ran constantly amok. Slum clearance cleared slums, and New York has Robert Moses to thank for that.